The 9th District gets a new Neighborhood Ownership Model Officer

Paul Henkhaus has been introduced as the new Neighborhood Ownership Model (NOM) Officer for the 9th District and is no stranger to the Forest Park Southeast (FPSE) neighborhood.  Officer Henkhaus’ brings an extensive amount of experience in  FPSE  to his new role. You might have seen him in the neighborhood during his work as a patrolman, where he was detailed to FPSE with his partner for about a year. In addition to that, Henkhaus investigated many criminal incidents in FPSE as a Detective in the 9th District Detective Bureau.  Also, as a member of The City’s Finest bike patrols, Henkhaus has had a unique attachment to the FPSE neighborhood. Henkhaus has been riding a bike in FPSE since 2007 and has been actively managing the bike patrols for the last six years.  He has also been meeting with those in charge of FPSE security throughout the past six years to improve quality of life. 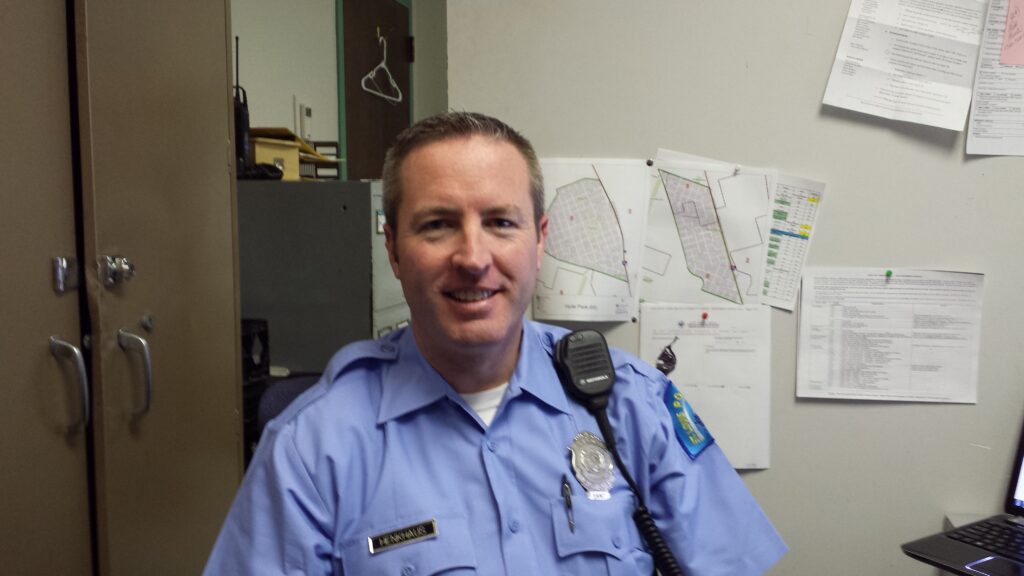 Washington University Medical Center Redevelopment Corporation (WUMCRC) sat down recently to chat with Henkhaus and he had this to say about his new role as liaison officer between the St. Louis Metropolitan Police Department and the neighborhood community:

“One of my roles as the 9th District Neighborhood Ownership Model officer is to get the people of the neighborhood excited about getting involved in the Neighborhood Ownership Model. Another is to provide feedback to the citizens who are on patrol when they advise me on potential issues they encounter during their patrols. The NOM means increased “ownership” of the FPSE neighborhood for those who live, work, and do business in the neighborhood. More eyes on the street, coupled with follow-up from the Police Department or The City’s Finest bike patrols is likely to decrease crime in the FPSE.”

Officer Henkhaus has a plan to encourage residents to participate in the NOM, which will also foster a positive relationship between the 9th District and its residents:

“Informing the residents of the positive aspects of the NOM will be a goal of mine, whether at FPSE meetings, citizen interaction on the street, or through emails.  Those residents who have already committed to the NOM need positive reinforcement and feedback from the NOM Officer. I plan on providing such reinforcement.”

Officer Henkhaus will be a great addition to the Neighborhood Ownership Model in FPSE and the residents are already chomping at the bit to work with him.

About the Author: wumcrc.com » The Grove