2013 Mid-Year Report: The Neighborhoods Surrounding WUMC Are Under Construction

The WUMC 2013 Mid-Year Report Newsletter highlights the continued progress in the neighborhoods surrounding the Medical Center. Both the Forest Park Southeast and Central West End neighborhoods continue to flourish and grow. The Forest Park Southeast Neighborhood finds itself in between many new and existing projects. In FPSE the new Aventura apartment development is quickly rising on the northern edge of the neighborhood, a coffee house is opening soon in the grove, and at the beginning of next year the neighborhood will have the largest craft brewery in the city. In the CWE, the neighborhood will start to see a Whole Foods rise on Euclid and four new Interstate-64 overpasses. As we look ahead to the second half of 2013, all indications point to another banner year in community revitalization and development. We hope that you enjoy the WUMC Mid-Year Report and we are looking forward to a strong finish to an already great year! 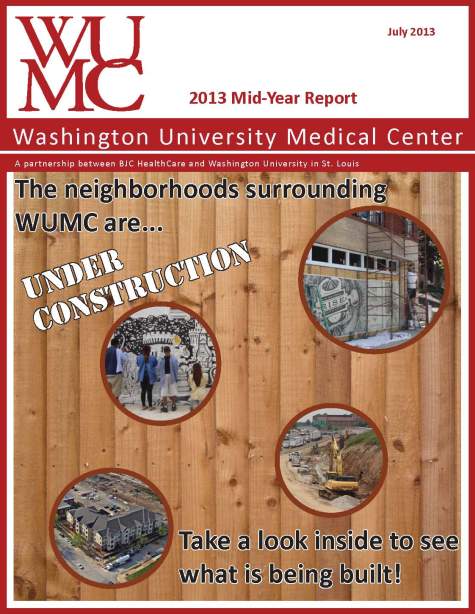