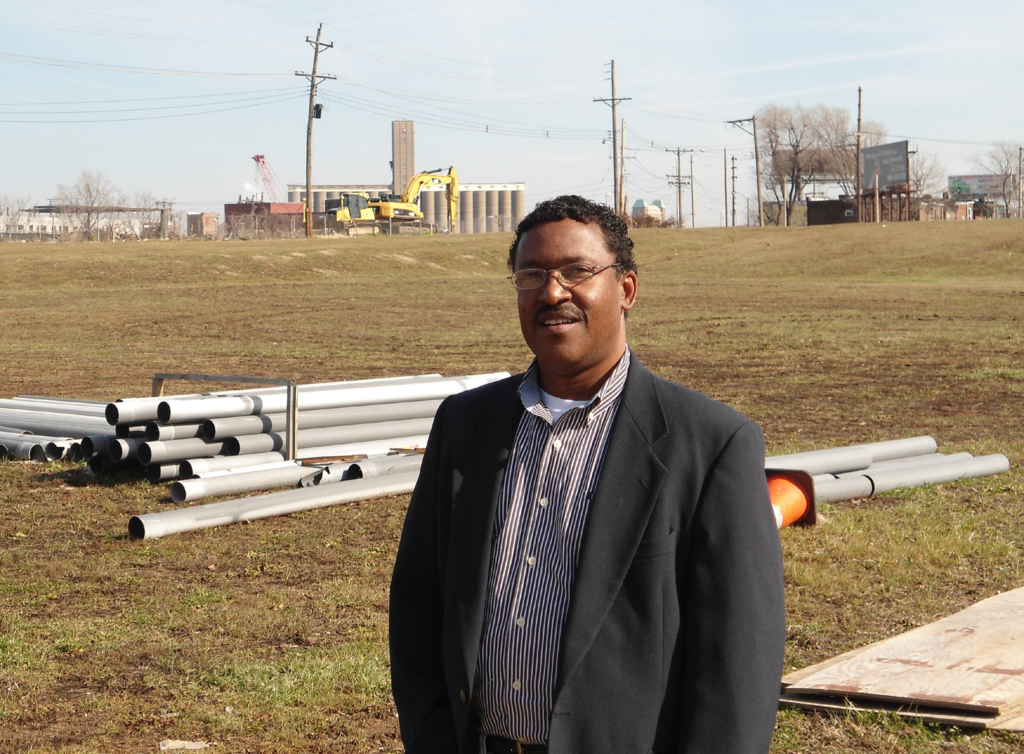 Craig Nashville stands in front of the future Chouteau Park in FPSE.

The Forest Park Southeast neighborhood looks significantly different than it did when Nashville first arrived in the 1990s. For example, the neighborhood was made up of far more renters than home owners. Over time he has witnessed a transition to more home ownership. Now, landlords in the neighborhood focus more on property maintenance than they had previously before, as well as the community as a whole.  Nashville stated that when he first moved into the area absentee property owners initially were simply preoccupied with  filling any vacancies. If someone moved out, they merely looked for anyone else to just move in. Over the years, Nashville has seen residents become more invested in their surroundings, increased participation and being part of the neighborhood as a whole.

As new developments occur, Craig Nashville’s committee will ensure that the best interest of the neighborhood is represented, and that the positive momentum will continue into the future.